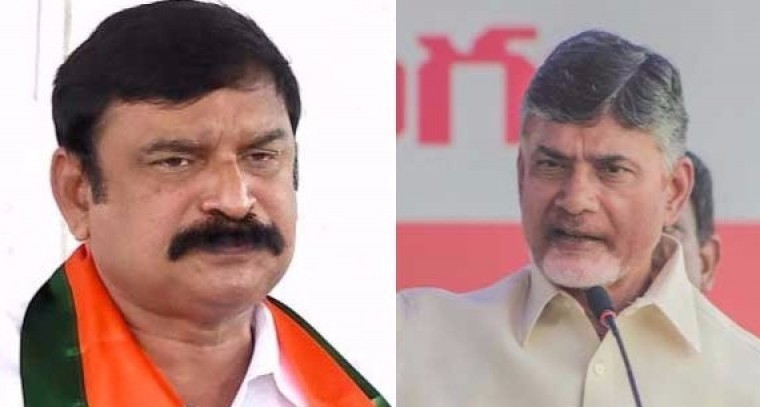 This meeting has given rise to many speculations that MLA Raju is going to join TDP? What's the secret behind MLA saying, he'll continue in BJP, even after meeting CM Naidu? What exactly MLA was expecting from TDP?

These are the hot topics which are going on in Visakhapatnam politics. Even after the Modi government declaring the Vizag railway zone, MLA seems that railway zone will not give the political mileage for BJP. On this issue, Raju has decided to change the party

Already there is a tuff fight going on for TDP's ticket in Visakhapatnam. With these concerns, CM Naidu has not given any assurances to MLA Raju. On the other hand, there is a talk that TDP supremo has assured to give MLC seat to Vishnu Kumar Raju. Moreover, state BJP leaders are in continues touch with MLA Raju and trying to convince him not to leave the party.

The BJP leaders said that even party Delhi leaders have telephoned Vishnu Kumar Raju on this matter. Overall, for now, the suspense continues whether MLA Raju will stay in BJP or will be joining the TDP for the forthcoming elections in the state.