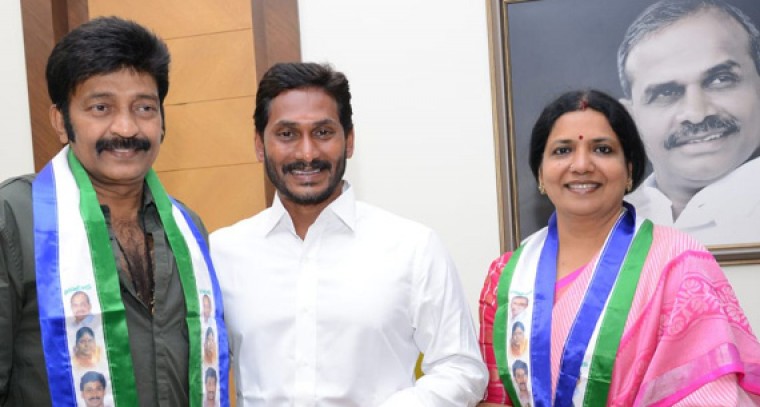 They called on YSRCP president Y.S. Jaganmohan Reddy at his Lotus Pond residence and formally joined the party.

Rajasekhar later told reporters that they met Jagan after a long time. He said that all the bitterness between them was over, now and also admitted that he had behaved immaturely.

He remarked that "today's Jagan is different from the earlier Jagan".

The couple appealed to people of Andhra Pradesh to give a chance to Jagan to serve them. They exuded confidence in the YSRCP chief to become the Chief Minister and assured him of their support.

The couple had joined the Congress in 2008 when Jagan's father Y.S. Rajasekhara Reddy was the Chief Minister of undivided Andhra Pradesh. After YSR's death in a helicopter crash in 2009, they backed Jagan in the revolt against Congress leadership. They were with him when he floated YSRCP but later distanced themselves.

They alleged that Jagan was running the party like fiefdom.

In 2014, Jeevitha and Rajasekhar had joined the Bharatiya Janata Party but were not rewarded with suitable positions.