Two killed in explosion at chemist shop in Andhra 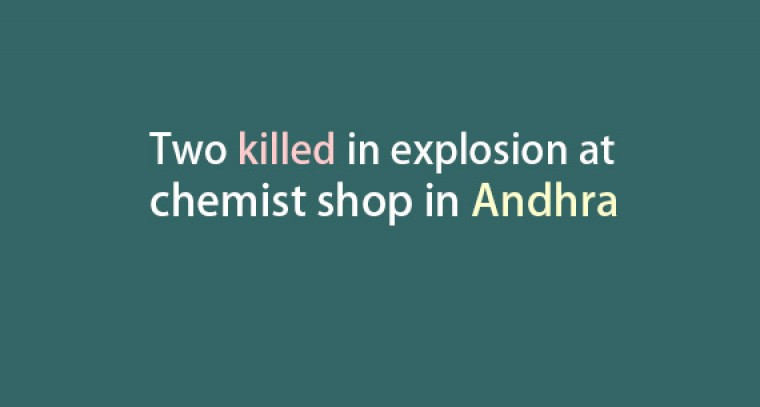 Amaravati, Oct 31 (IANS) Two persons were killed in a blast at a chemist shop in Andhra Pradesh's Guntur town in the early hours of Thursday, police said.

The incident occurred at Long Live Medical Distributors shop in a multi-storied building in Kothapeta area of the town at around 2 a.m..

Shop owner Rama Rao (40) and an employee were killed in the blast, which destroyed the shop and damaged couple of adjacent shops.

The blast triggered panic in the area. Fire fighting personnel and police rushed to the spot to douse the fire caused by the explosion.

Police initially suspected that the explosion was caused by an accident during filling of AC gas. However, AC mechanics ruled out this.

Police registered a case and were investigating the cause of the explosion.