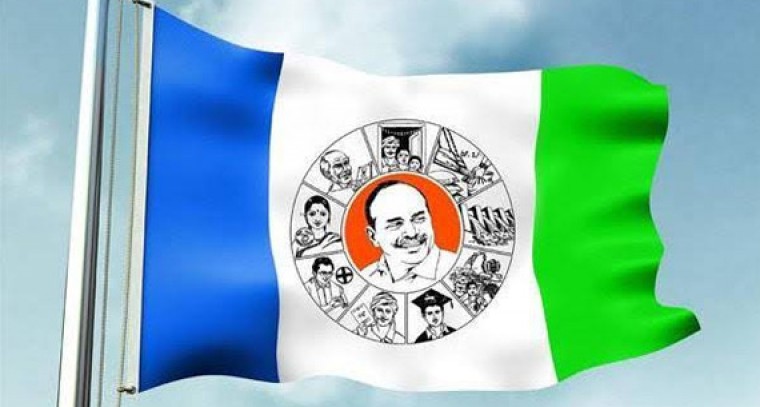 Amaravati, Dec 30 (IANS) The Jagan Mohan Reddy-led YSR Congress Party storming to power in Andhra Pradesh with a landslide win, its sweeping moves, some of them controversial and the uncertainty over the future of state capital Amaravati dominated the events during 2019.

The crushing defeat of the Telugu Desam Party (TDP) headed by N. Chandrababu Naidu in the simultaneous elections to the state Assembly and the Lok Sabha changed the political scene in the state as it completed a five year journey after bifurcation.

Riding on a huge anti-incumbency wave, the YSRCP bagged 151 seats in the 175-member Assembly and won 22 out of the 25 Lok Sabha seats, decimating the opposition. The TDP could win just 23 Assembly and three Lok Sabha seats while actor Pawan Kalyan's Jana Sena failed to make any impact, winning just one Assembly seat. Pawan Kalyan himself faced humiliation in both the Assembly constituencies he contested from.

By defeating Naidu, a leader with 40 years in politics, Jagan Mohan Reddy fulfilled his long cherished dream of becoming the chief minister. An eight year long wait ended for the young leader as many voted for him as they saw in him Y. S. Rajasekhara Reddy, his father and mass leader who served as the chief minister in undivided Andhra Pradesh.

Promising to set a trend for the entire country in providing best governance, Jagan took an unprecedented step by naming five deputy chief ministers, representing different sections of the society.

Undeterred by the state's financial woes, Jagan announced a slew of sops for the welfare of the poor and weaker sections to fulfil his poll promises. Taking a bold step, he started imposing prohibition in phases. Beginning with the closure of over 40,000 illegal liquor outlets, the government took over the retail liquor business and cut down the number of shops and bars to discourage consumption of liquor. He promised that in the final phase, liquor will be confined to five-star hotels.

The sporadic post-poll clashes between YSRCP and TDP continued in parts of the state for 4-5 months. The main opposition accused the government of targeting TDP leaders and cadres by booking false cases against them.

The TDP received the biggest jolt when senior leader and former Assembly speaker Kodela Sivaprasada Rao committed suicide at his residence in Hyderabad. The TDP blamed the Jagan government saying Rao was implicated in false cases including a case of diverting furniture meant for the Assembly to his private premises.

The YSRCP government not only reversed several decisions taken by the previous government but targeted Naidu. It dismantled 'Praja Vedika' a meeting hall abutting Naidu's house in Amaravati. This government structure was built when Naidu was the chief minister and Jagan declared that this is the beginning of the drive against illegal constructions. Naidu was also served a notice to vacate the house alleging that he was living in a house built illegally on the banks of the Krishna river.

The TDP accused Jagan of acting with vengeance. It also termed him as the demolition man.

Jagan ordered a review of all major projects, where there are allegations of irregularities in giving tenders during the TDP rule. He cancelled a few tenders and went for a process called 'reverse tendering' to save money to the public exchequer by awarding fresh tenders to the lowest bidders.

The change of guard had the biggest impact on Amaravati, the brainchild of Naidu. All the construction work in the capital, envisaged as a world class city by Naidu, came to a halt with Jagan deciding to review them.

His allegation that Naidu and those close to him resorted to insider trading in Amaravati by buying land at cheap rates before announcing the state capital and conflicting statements issued by his ministers raised a question mark on the future of the capital city.

As the year draws to a close, 29 villages in Amaravati are on the boil as farmers, who had given 33,000 acres of land for the capital in 2015 with the hope of a bright future, are demanding that Jagan drop his proposal to develop two other state capitals by shifting the Secretariat and the CM's office to Visakhapatnam and the High Court to Kurnool.

While the Jagan government claims the three capitals idea is aimed at ensuring decentralized development, the TDP accused it of political vendetta. The main opposition believes that Jagan is doing this just because Amaravati is Naidu's brainchild.

Analysts say within a short span of time, anti-incumbency sentiments set in due to controversial decisions. Jagan scrapped the sand policy of the previous government and this coupled with floods led to severe sand shortage, paralyzing the construction industry especially in and around Amaravati. The suicides by more than 20 construction workers due to lack of work for several weeks provided a chance to the depleted opposition to bounce back by launching public protests.

In another controversial move, Jagan decided to introduce English as the medium of instruction in all government-run schools, replacing Telugu and Urdu. The Opposition slammed him with some leaders, especially from the BJP, seeing it as a part of his plan to promote Christianity.

Jagan, himself a Christian, came under attack from the BJP for increasing subsidy for Haj and also for Christian pilgrims visiting Jerusalem and for announcing a monthly honorarium to pastors. In Tirupati, the sale of bus tickets with advertisements of Haj and Jerusalem yatra was also seen as a conspiracy to encourage proselytisation in Hinduism's holy place.

Jagan also decided to review Power Purchase Agreements (PPAs) signed with renewable power producers during the TDP rule. His argument was that the state would have to bear the high cost of wind and solar power for 25 years.

The new government also took an unprecedented step by reserving 75 per cent jobs in all industries for the locals. The move drew criticism with the apprehension in some quarters that this could hamper the flow of investments into the state.

The year also saw the Special CBI Court in Hyderabad dismissing Jagan's petition for exemption from personal appearance before the court during the hearings of the alleged illegal assets case.

Jagan had sought the exemption from personal appearance in court on the ground that he is holding a constitutional post and needs to attend several important programmes.