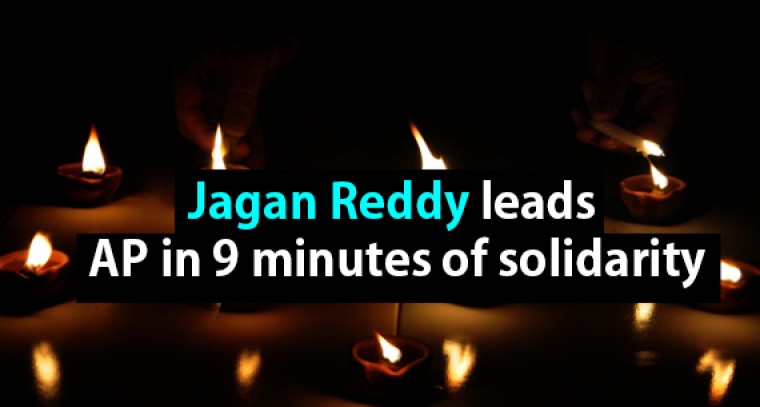 Amaravati, April 6 (IANS) At 9 p.m. on Sunday Andhra Pradesh Chief Minister Y.S. Jagan Mohan Reddy switched off the lights of his home and stood with the candles for nine minutes to show solidarity with Prime Minister Narendra Modi's call to light lamps, candles or torches as a sign of national unity against COVID-19.

Chief Secretary Nilam Sawhney, DGP Gautam Sawang, and other officials joined him at his residence.

People across the state, lighted lamps, candles, torches and mobile flashlights to show that India stands united against the pandemic.

Responding to the Chief Minister's appeal in the run up to Sunday, irrespective of religion, region, and caste, people of the state lit lamps, candles and switched on torches and cell phone flashlights, for 9 minutes at 9 p.m. on Sunday.

Chief Minister later tweeted a photograph with a message, "Joining the nation in manifesting the power of unity by lighting a spark of hope. Let's stand as one in the battle against #COVID19Pandemic."