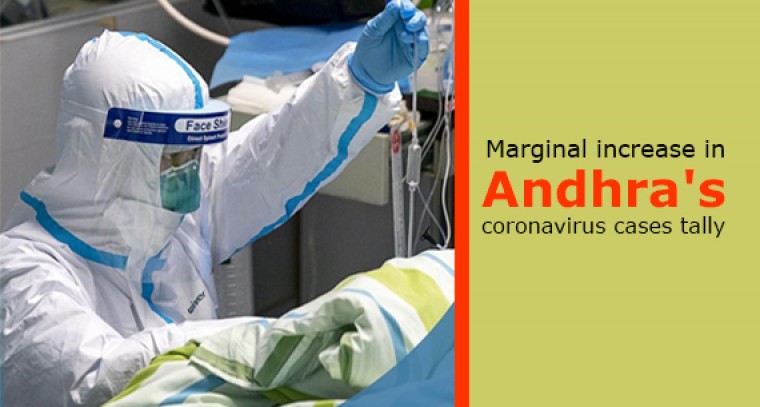 Amaravati, April 16 (IANS) Andhra Pradesh's overnight COVID-19 tally increased marginally, with 9 cases reported from 3 districts in the state. As per information released by the state nodal officer on Thursday morning, 3 cases each were reported from Krishna, Kurnool and west Godavari districts respectively.

The results from the tests conducted between 7 p.m. on Wednesday and 9 a.m. on Thursday take the cumulative tally of coronavirus cases in the state to 534.

With the death toll due to COVID-19 remaining at 14, and 20 people being cured and discharged from hospital, the number of COVID-19 positive cases in Andhra Pradesh on Thursday morning stood at 500.

While Guntur remains at the top of the tally count with 122 cases, Kurnool has inched closer with 113 cases, and Nellore district remained at third position with 58 cases.