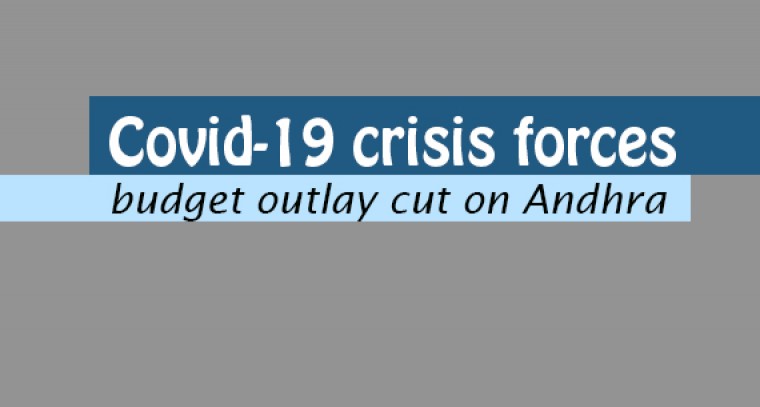 Amaravati, June 16 (IANS) Major economic slowdown caused by the Covid-19 pandemic has forced the Andhra Pradesh government to cut down the budget size for 2020-21 by 1.4 per cent over the previous financial year.

Finance Minister B. Rajendranath on Tuesday presented a Rs 2.24 lakh crore budget in the Assembly.

This was the second budget presented by Rajendranath after the YSR Congress Party (YSRCP) came to power in May last year.

The government could not present the full budget in March due to the Covid-19 crisis. It instead issued an ordinance for vote on account for the three month period ending June 30.

The minister said despite the fiscal challenge, the government is committed to fulfil people's aspirations.

"The world is facing an unprecedented crisis in the form of the Covid-19 pandemic. Life as we know it, has come to a grinding halt across nations. Our government has been at the forefront of the Covid-19 battle and we are wholeheartedly committed to combating the emerging situation with all our might," he said.

He said the decline in transfer of Central taxes in 2019-20 and 2020-21, the reduced share in the divisible pool for the year 2020-21 and the precipitous decline of revenue realisation on account of Covid-19 induced lockdown measures, further added to the financial stress.

Contending that the adverse conditions would have broken the will of any other government, he said: "However, these extreme odds pale in comparison before the steely resolve and indomitable will of Chief Minister Y.S. Jagan Mohan Reddy. His commitment to ensuring that the people at the bottom of the pyramid benefit by direct transfers and belief that overall investment in infrastructure produces positive economic externalities has stood the litmus test of governance."

Claiming that the YSRCP government abhors the habit of reckless spending of the earlier regime, Rajendranath said it instead focuses on six targeted and impactful interventions.

He said the thrust on Navaratnalu continued this year by building a comprehensive and enhanced social security cover for the poor and the needy through multiple interventions.

He claimed that through village and ward secretariats, the government has rolled out a new template for pro-people governance.