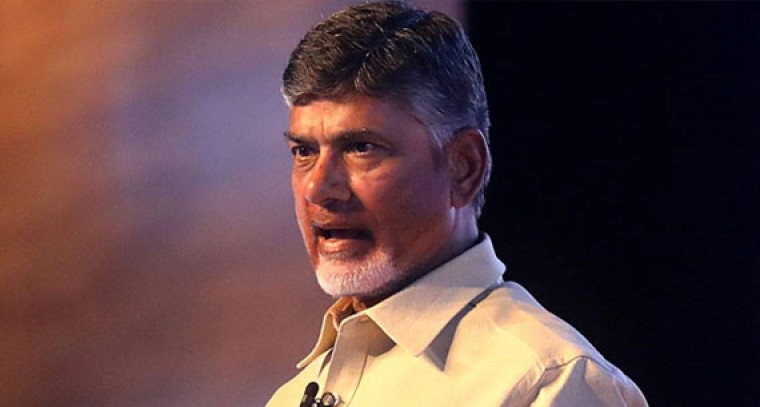 In a letter to the Prime Minister, Naidu sought a probe by a competent authority of the Central government into the alleged tapping of phones.

The Centre should take stringent action so as to prevent the Jagan Reddy-led YSRCP and some private persons from resorting to such illegal activities that pose a threat to national security, he wrote.

Naidu said that the ruling party and private individuals were using sophisticated technology and illegal software to tap the phones belonging to the opposition leaders, advocates, journalists and social activists. He wrote that this was a violation of the Articles 19 and 21 that provide for fundamental rights of citizens.

The ruling YSRCP was using illegal tactics to protect and preserve its power by intimidating and blackmailing the opponents and dissenting voices. These illegal activities were posing a serious threat to the right to privacy in the state, he added.

The TDP chief alleged that even private individuals were using cutting edge technology and equipment to unlawfully tap the phones.

"If these nefarious activities were not put to an end, they would proliferate and emerge as a bigger threat to national security and sovereignty of the country as a whole.

"If the Governments and private persons involved in such illegal activities were not restrained, they would attack and undermine the democratic institutions that were painstakingly built over decades of hard work in the country," he added.

Stating that the YSRCP was already misusing its power to destroy institutions, Naidu deplored that systematic efforts were being made to deny fundamental rights and perpetrate oppression.

He pointed out that as per the Indian Telegraph Act, 1885 (Sec 5 (2)) and Information Technology Act 2000 (Sec 69), phone tapping is to be strictly used only in times of a threat to national security or the country's sovereignty or to national integration or when friendly relations with foreign countries are under threat.

Naidu claimed that many Constitutional institutions were under attack since the YSRCP came to power.

Systematic attacks were made on the State Election Commission (SEC), AP Public Service Commission (APPSC) and other institutions.

Threats were being given to opposition leaders, advocates, media, social activists and all those who raise a dissenting voice against the ruling party's excesses, he added.