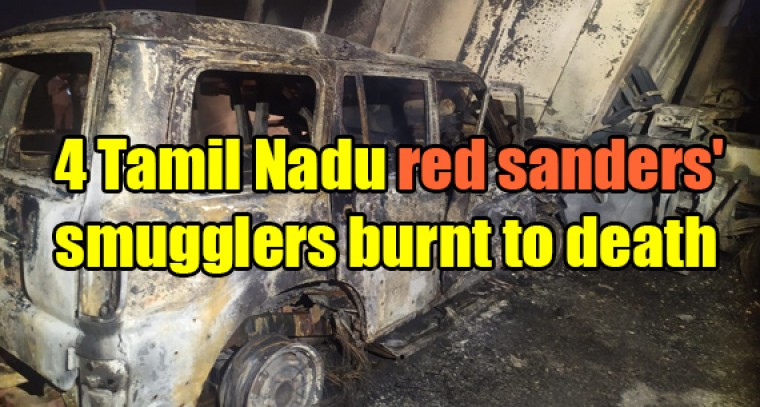 Kadapa (Andhra Pradesh), Nov 2 (IANS) Four Tamil Nadu residents alleged to be members of an interstate red sanders smugglers were burnt alive and two others critically injured after their vehicles rammed into a dumper truck in Kadapa district, police said.

"As of now four persons have died, while two others are admitted in a hospital in critical condition," Kadapa Superintendent of Police KKN Anburajan told IANS.

Kadapa is 374 km southwest of Vijayawada.

The victims were travelling in two vehicles when both crashed into the truck on the state highway in Vallur Mandal jurisdiction around 3.30 am.

Anburajan did not disclose details of the victims but confirmed that they were from Tamil Nadu.

"We have rounded up a few persons. Further investigation is on," he added.