Less than 50% of students attended reopened schools in AP 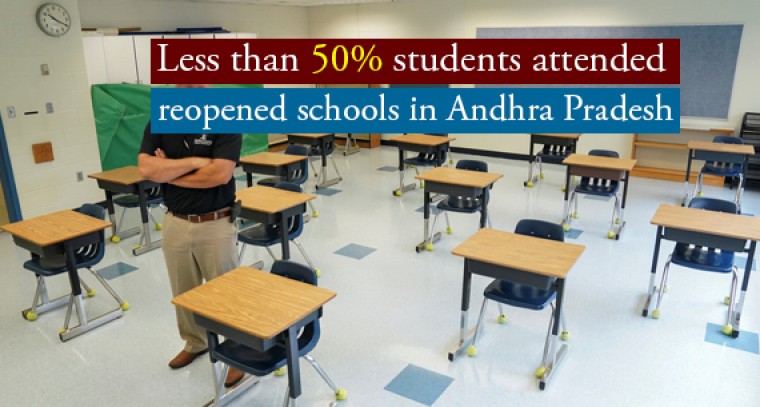 Amaravati, Nov 3 (IANS) On a day when most government schools reopened for ninth and 10th standard students in Andhra Pradesh after five months, following Covid-19 interruption, less than 50 per cent students chose to attend classes amid the pandemic.

As many as 99 per cent of all the government high schools were opened on Monday, complying with the state government directives.

Likewise, 88 per cent teachers have also attended to their duties in the schools.

However, attendance reports from tribal areas in Visakhapatnam district were not received.

There are around 60,000 schools, including aided, unaided and private ones, in the southern state.

Many private schools did not reopen on Monday.