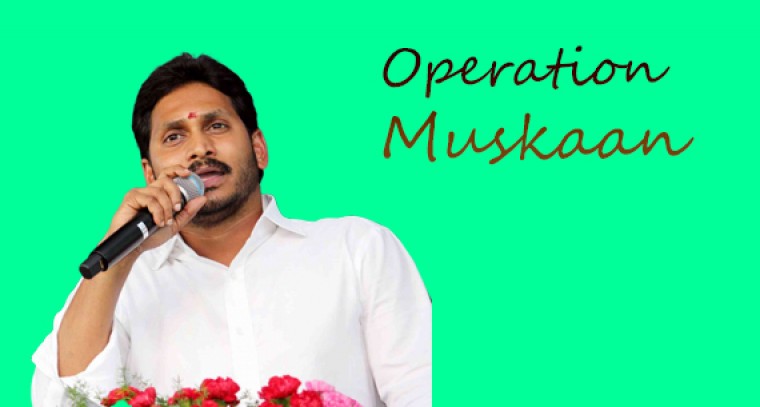 Amaravati, Nov 3 (IANS) As part of its 'Operation Muskaan', Andhra Pradesh Police has rescued 12,621 children living rough on the streets or forced by circumstances to work to eke out a living across the state, reigniting their hopes of a better life in future.

These lucky children include orphans, child labourers, and those just living on the streets without any guardians. Among the rescued children, 10,492 are boys and 2,129 girls.

Police officials scoured bus stations, railway stations, shops, industries, major road intersections and other public places to identify and rescue such children who are vulnerable to crime and criminals.

The initiative was taken up on the directions of Director General of Police Gautam Sawang.

In Prakasam district alone, police identified 322 such boys and 125 girls, in coordination with government and non-governmental bodies, Labour Department and others.

"Children are the future wealth of our country. They should not be forced to work by any organisation or individual; everyone should show humanity towards them," said Prakasam District Superintendent of Police Siddharth Kaushal.

He warned that cases would be registered against those employing children as labourers.

Kaushal also called upon parents of children to support their education and not send them out to work for a living.

The police has already conducted six phases of Operation Muskaan, rescuing lost and runaway children. Earlier, the operation was conducted from July 14 to 20.

The operation is now also aimed at protecting street children from contracting coronavirus.

Children having parents and guardians will be handed over to them while the orphans will be sent to child care homes and rehabilitation centres.