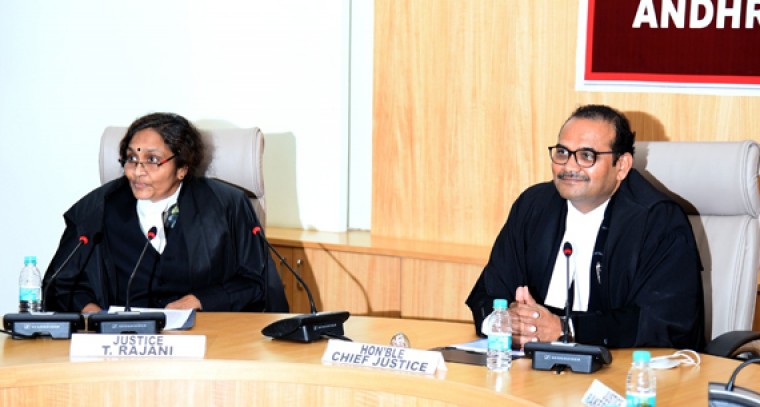 "Justice Rajani's services to the society through judiciary are exemplary," said Justice Maheswari.

A farewell ceremony was organized for Justice Rajani on Thursday in the court's conference hall, attended by several judges while others logged in virtually.

According to the Chief Justice, it is commendable that a bold person like Rajani worked in the judiciary.

He expressed happiness that her intelligence strengthened the judicial system and called on the present day lawyers and judges to follow her suggestions.

The farewell was also attended by Solicitor General of India Harinath, Andhra Pradesh Advocate General S. Sriram and others.