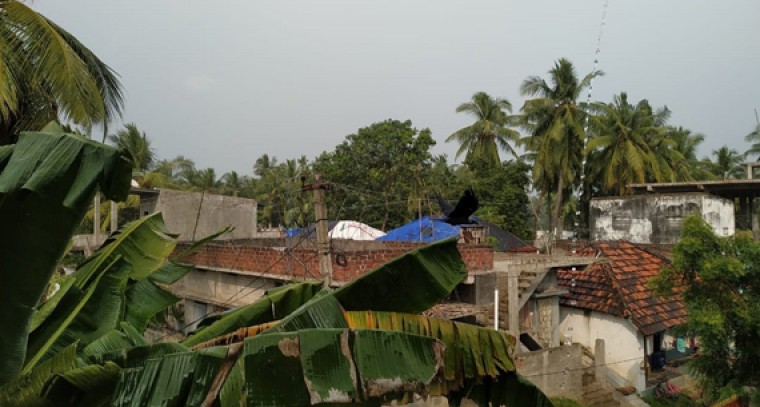 Amaravati, Nov 6 (IANS) The Meteorological Department on Friday forecast thunderstorms with lightning at isolated places in coastal Andhra Pradesh and Yanam on Saturday.

There was however no rainfall forecast for Sunday, Monday and Tuesday.

Around 10 pm on Monday night, a few places like Kalla village near Bhimavaram witnessed rain for half an hour. Similarly, on Tuesday afternoon also, there was heavy rain for more than an hour in Bhimavaram and its vicinity, though there was no forecast.

"This happens rarely in one or two places only in the entire Andhra Pradesh. Sometimes showers occur for just 2-5 minutes," a Met official told IANS.

However, it rained heavily for more than an hour on Tuesday afternoon near Bhimavaram, Pedamiram Kopalle, Jakkaram, Seesali, Kalla and other places.

Again on Thursday, consistent with the Met forecast of isolated rain in coastal Andhra, there was rain for half an hour in the afternoon in Kalla.

On Thursday afternoon, there was rain and sunshine in Kalla village, 12 km from Bhimavaram.

Meanwhile, the Met Department said that north-easterlies will blow mainly over the southern state, which will bring winds at low height from the eastern direction.

As it is sometimes raining unexpectedly, affected farmers in some places were trying to save their crops, which were protected from recent heavy rains and floods, especially paddy.

Despite winter setting in Andhra, maximum daytime temperatures in most places are between 30 and 35 degrees Celsius.

Among the places monitored in Andhra Pradesh on Thursday, only Arogyavaram registered temperature below 30 degrees, at 29.5 degrees Celsius.