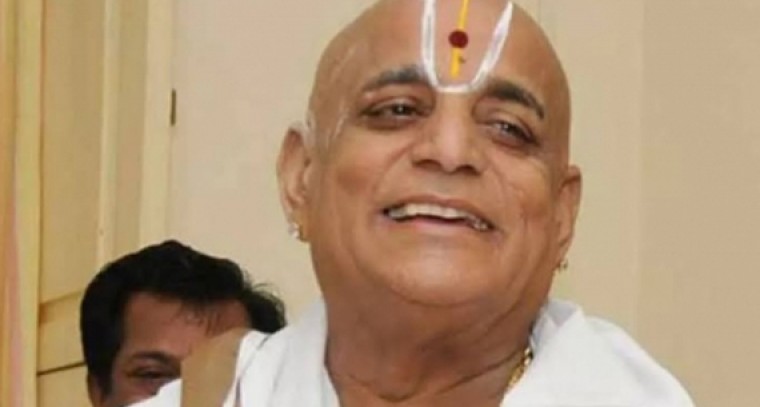 The Officer on Special Duty (OSD) of Tirumala Tirupati Devasthanam (TTD) suffered cardiac arrest and breathed his last on the way to a hospital.

He was in the city for 'Kartika Deepotsavam'. He attended some rituals at TTD Kalyana Mandapam on Sunday night and was staying there.

According to TTD sources, he complained of chest pain around 4 a.m. and the officials rushed him to Apollo Hospital but he died on the way.

Seshadri's body has been kept at King George Hospital and the officials were making arrangements to shift it to Tirupati, where his last rites will be performed on Tuesday.

Seshadri has been serving the famous hill shrine since 1978. Though he attained superannuation on July 31, 2006, successive governments had extended his term as OSD.

Well versed with history of the temple and all the rituals, Seshadri was the most prominent figure in TTD, which manages the affairs of the world's richest Hindu temple. His presence was considered a must whenever a VIP used to visit the temple.

Seshadri was the divine guide for then President Giani Zail Singh, Prime Ministers P V Narasimha Rao, A B Vajpayee, Manmohan Singh, Narendra Modi, chief ministers and governors of several states and others VIPs during their visit to the temple.

The super priest, who was called Dollar Seshadri after the dollar on a chain around his neck, wielded considerable influence in the government and enjoyed good relations with politicians and bureaucrats.

Seshadri has been in the eye of a storm ever since the scandal about the loss of 310 gold coins called dollars from the temple treasury was reported in 2007. The dollars went missing in 2005 when Seshadri was incharge.

He was suspended in August 2008 after a vigilance inquiry indicted him and two deputy executive officers. However, after Seshadri wrote to TTD claiming to be innocent and even served a legal notice, TTD reinstated him.

After Seshadri was given another extension in 2010, Congress leader Magunti Gopal Reddy Achallenged the same in Andhra Pradesh High Court through a Public Interest Litigation (PIL).

The petitioner alleged he was shown undue favours by the TTD despite his name cropping up in several scandals involving the jewels and ornaments of the temple. He even urged the court to conduct narco analysis, brain mapping and lie detector tests on Seshadri.

In 2011, Andhra Pradesh High Court had dismissed extension of Seshadri's services. The super priest, however, approached the Supreme Court, which ruled in his favour on the ground that a PIL cannot be filed on service-related issues.

Since then, Seshadri had been getting extensions as OSD. This is said to be a record in the history of TTD.

The Chief Minister conveyed his condolences to the bereaved family members of Seshadri, who was with TTD since 1978.