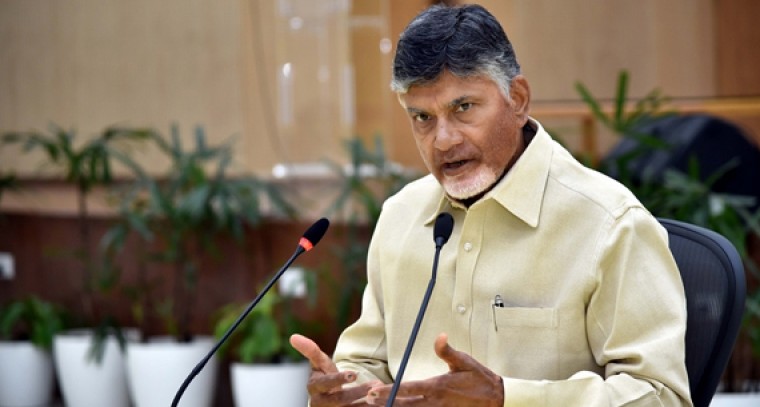 The leader of opposition alleged that a conspiracy was being hatched to assassinate Vangaveeti Radha. In a letter to Director General of Police Gautam Sawang, Naidu demanded a transparent investigation into the latest recce conducted on Vangaveeti Radha in Vijayawada.

Radha while participating in the death anniversary of his father Vengaveeti Mohana Ranga Rao on December 26 had claimed that he was facing threat to his life. He said some politically motivated persons did a recce near his house and office.

Ranga, who was a Congress legislator and a powerful leader of Kapu community, was hacked to death while he was on a fast in Vijayawada on December 26, 1988.

Following Radha's allegation, the state government offered him security but he turned down the same saying that his followers and well-wishers would protect him better.

Chandrababu Naidu, in his letter to the DGP, demanded that stringent action should be taken against those who held the recce with an intention to kill Radha. It was appalling that the law and order situation was deteriorating under the YSRCP's 'Goonda Raj' in Andhra Pradesh, he said.

Naidu said that as stated by Radha, a group of people have been observing his movements and following him everywhere to conduct recce and to attack him. Such illegal acts carried out during broad daylight became the hallmark of the reign of jungle and goonda raj in Andhra Pradesh in the past two and half years, the TDP chief said.

Mohana Ranga was murdered in 1988 when he was on hunger strike, sparking unprecedented violence in Vijayawada and other parts of Krishna as well as neighbouring districts. More than 40 people were killed and property worth over Rs 100 crore was damaged.

Incidentally, Ranga had also alleged a threat to his life and went on a fast demanding security when he was hacked to death.

In 2016, filmmaker Ramgopal Verma had made a Telugu movie "Vangaveeti" -- based on the feud between the families of Radha and Deveneni 'Nehru' Rajasekhar belonging to two different castes and political parties.

Radha had quit YSRCP in 2019 after he was denied ticket from Vijayawada Central Assembly constituency. He later joined TDP.