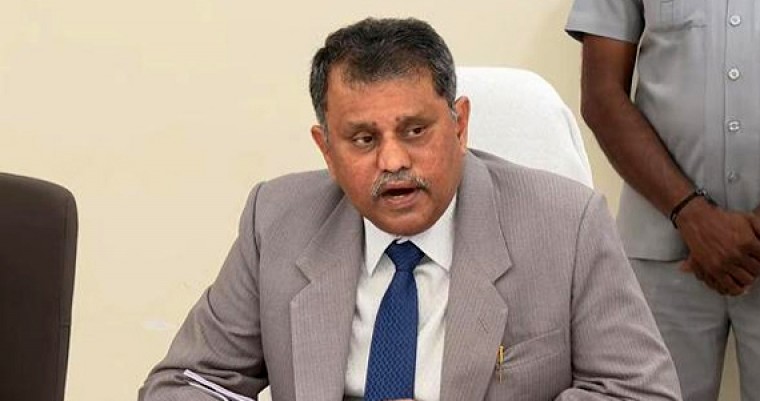 Amaravati, May  (IANS) Within hours of his reinstatement by the Andhra Pradesh High Court as the State Election Commissioner (SEC), Nimmagadda Ramesh Kumar on Friday assumed charge of the post.

Nearly one and a half months after he was sacked by the Jagan Mohan Reddy-led government, the retired Indian Administrative Service (IAS) officer was back as SEC after the court struck down an ordinance to sack him.

Ramesh Kumar, in a circular to all district collectors, chief executive officer of zilla praja parishads, district panchayat officers, and municipal commissioners, stated that pursuant to the High Court orders he stand restored to the office of SEC.

In a statement, Ramesh Kumar said he would discharge his duties fairly and impartially as he did in the past and as mandated. "In consultation with the principal stakeholders and all the political parties, I wish to resume the electoral process to the local bodies at the earliest on return of normalcy," he said.

He also stated that individuals are not important but constitutional institutions and the values they represent alone are important in the end.

"Those who have taken oath of office to protect the Constitution, have a greater responsibility to continue to protect and safeguard these institutions and their integrity," he said.

The YSR Congress Party (YSRCP) government had issued an ordinance on April 10 to sack Ramesh Kumar following a row over the postponement of local body elections.

Within hours of the sacking, the government had appointed Justice V. Kanagaraj (retd) as the new SEC. Kanagaraj, 75, took charge as SEC on April 11.

The ordinance had brought down the term of SEC from five years to three years, thus abruptly ending the term of Ramesh Kumar who was appointed in 2016.

The ordinance had also changed the eligibility for SEC post. According to it, the Governor on state government recommendation shall appoint a person who has held an office of High Court judge as SEC.

Kumar had strained relations with Chief Minister YS Jagan Mohan Reddy, who had personally met the Governor to complain against him on March 14, hours after the SEC postponed the elections to rural and urban local bodies were cheduled on March 21 and 23 respectively.

Ramesh Kumar cited precautionary measures required to check the spread of coronavirus for postponing the polls.