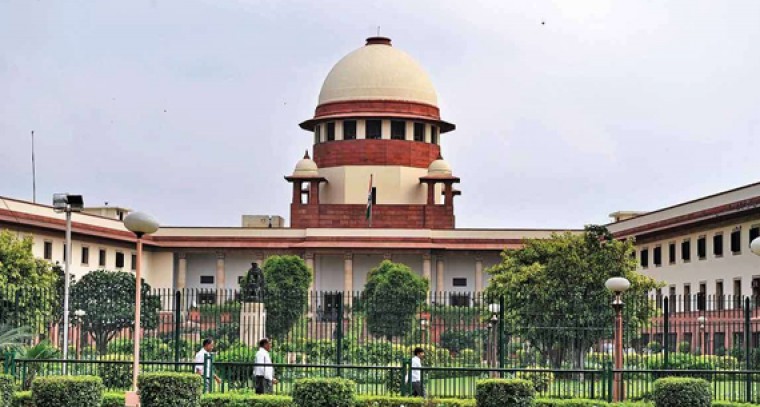 New Delhi, June 3 (IANS) In a setback for the Andhra Pradesh's Jagan Mohan Reddy government, the Supreme Court on Wednesday declined to entertain its plea challenging the initiation of contempt proceedings by the High Court for refusing to remove Y.S. Jaganmohan Reddy Congress Party (YSRCP party) flag colours from the government and panchayat buildings.

A bench of Justices L. Nageswara Rao, Krishan Murari and S. Ravindra Bhat refused to entertain the contentions of the counsel of the Andhra Pradesh government on the matter and rejected the appeal of the government.

The top court noted that there is an order to repaint the government and panchayats buildings to their original colour, and this should follow within four weeks.

The Andhra government argued that these colours were not connected with the ruling party's flag. However, the top court dismissed the contention. The AP government had moved the apex court challenging the High Court order on the party's colours on the government buildings.

The High Court sought to know why contempt proceedings should be initiated against government officials.

The High Court had sought an explanation from the Panchayats Raj Secretary and Chief Secretary on this matter, and asked the registrar of the High Court to begin the process for initiating contempt case against the government by May 28, if it fails to take any decision.