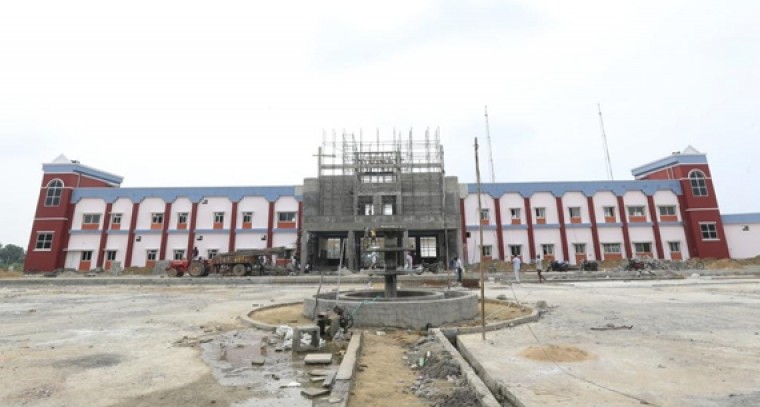 The newly commissioned double rail line sections form part of the Vijayawada-Gudivada-Bhimavaram-Narasapuram, Gudivada-Machilipatnam and Narsapuram-Nidadavolu doubling and electrification project of the railway zone, which is being executed at a cost of Rs 3,000 crore.

The 221 km project being executed by the Rail Vikas Nigam Ltd (RVNL) has completed the work in 124 km, even as the balance 97 km is expected to be completed by mid-2021.

Of the completed 69 km stretch, SCR first constructed the section between Gudivada-Machilipatnam in Krishna district, followed by Uppaluru-Gudivada-Moturu sections.

"As a result, the complete 69 km stretch has been opened for traffic in one go. This new line holds huge potential to ignite the economy of the central coastal belt of Andhra Pradesh," said a railway zone official.

The newly developed railway infrastructure can transform the train journey experience between Narsapuram and Vijayawada and other places in Krishna, West and East Godavari districts, considering the difficulties people used to face such as frequent halts and long waiting hours for other major trains to pass.

"Rail travel from the region is bound to overcome the earlier lack of proper connectivity, thereby offering scope for people to conveniently travel towards Rajamundry, Visakhapatnam, Vijayawada, Guntur, Nellore, Tirupati etc.," he said.

The RVNL laid the 69 km doubling line employing modern technology and design, capable of handling 25 tonnes of axle loads of trains which can reach up to a speed of 110 kmph.

"This has been possible with the use of 60 kg rail and 60 kg pre-stressed concrete cement sleepers, and the use of mobile flash butt welding. Eleven major bridges and 22 minor bridges have been constructed," the official said.

As many as 24 railway level crossing gates have been equipped with electrically operated lifting barriers, including using 100 per cent LED lighting at railway stations.

With the enhanced capabilities of the doubled railway line, agriculture and aquaculture stakeholders will stand to benefit as they use the railways to ship their products to as far as Hyderabad and Bengaluru.